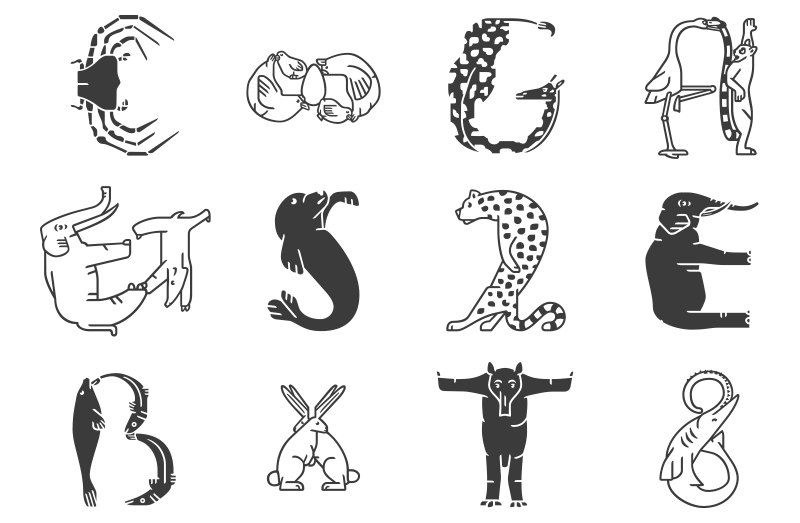 An animal alphabet that lets the animal dictate the shape of the letter, instead of using an existing font and adding tails and whiskers. Fabel has no clipped wings and no cropped tails, each animal is showcased at it’s best: wings spread, feathers ruffled, claws sharp and backs straight.

With the diversity of Earth’s wildlife in a full Latin character set with both upper and lower case, Fabel fills out the ABC, from the A of Anteater to the Z of Zander. As the world’s most complete animal alphabet, Fabel also includes a punctuation set, tabular and old-style numerals and a large range of mathematical symbols.